Hey guys, have you heard the big news? LeBron James plays for the Los Angeles Lakers now. Crazy, huh? On July 1st, James announced he would be joining the Lakers for the next four years. Obviously, this is a huge move that will impact the NBA for the years to come. Finally, the generation’s best player will be playing in the league’s most glamorous city on the league’s most glamorous team. LeBron joins the host of all-time great players to wear the purple and gold: Kareem, Wilt, Magic, Shaq. It’s going to be a blast.

That’s not why we’re here, though. We are here for what has transpired since The Decision 3.0. The creation of The Meme TeamTM. Beginning in the hours after James’ decision and through last Friday night, the Lakers have signed a squad of  incredibly entertaining basketball talents. Let’s take a look at some of the post-LeBron free agency signings: 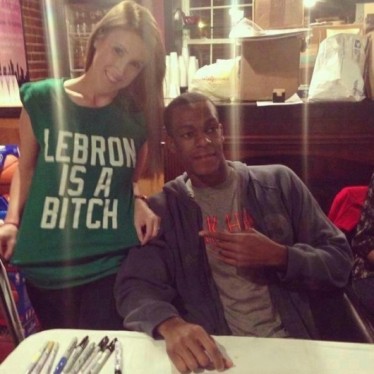 You guys knew this one was coming. One of the best nights in OG Basketball Twitter history.

The Shaqtin’ a Fool MVP, JaVale McGee. LeBron is clearly a huge fan of this signing, as can be seen below.

WHEN YOUVE BEEN BLOCKED BY LEBRON FOR 2 YEARS AT LEAST… AND YOU HAVE NO IDEA Y? …🤔💭…😂

Has had my guy blocked on Instagram for the past four years. Brutal.

Let us not forget that the Lakers already employed one of the weirdest teams in basketball before these moves. We’ve got Lonzo Ball, the Big Baller himself, who recently dropped a diss track about his own teammate, Kyle Kuzma. We’ve got Kentavious Caldwell-Pope, who for an entire month last season only played in home games because he wasn’t allowed to leave the state of California. And then, of course, we have the ever-present shenanigans of LaVar Ball, who just over a year ago was engaged in a beef with LeBron himself, dad to dad  (no he isn’t on the roster, but you know I had to include him in this).

This team of, uh, characters, got me thinking. Who else can we add to the 2019 Los Angeles Lakers Meme Team to make the most ridiculous team possible? It’s not like the basketball reasons really matter this season. The Warriors are going to win their third straight title, anyway. So, without further ado, I present my suggestions of who else Magic Johnson should bring in to make this years Lakers the most entertaining team of all time.

Note: some of these players are indeed under contract and employed by other real life non-NBA-meme-teams. However, I’d like to think Magic could facilitate some trades to get these guys in LA if he really sees the vision we’re going for here.

Duh. This one was easy. JR forgot the score in the first game of the finals this past year, costing the Cavs their best chance at stealing a game from the Warriors in the series. LeBron had an aneurysm on the court shortly after. We must reunite the duo immediately.

Another obvious one. The Meme Team will never be complete without Swaggy P. Moving on.

I know Delonte has been retired since 2012, but he’s actually only thirty-four, so I think we could get a few more years out of him. As a big-time LeBron fan, I will not comment on the nasty rumors spread by nasty people about Delonte West and LeBron’s lovely mother, Gloria James, that West seemed to confirm in the Instagram post above. However, I would be remiss if I didn’t include Delonte on the Meme Team.

LeBron is obviously a fan of Big Perk already, having brought him on for two of the Cavs four finals runs. Perk has had plenty of great Shaqtin’ moments himself over the years. Plus, you never know if you’re going to need someone to beat up Steph Curry on a given night.

Dwight may seem like an outlier here, as he’s still pretty dang good at basketballing (seriously — he averaged 16.6 points and 12.5 boards last year). However, this recent quote from his introductory press conference with the Wizards earns him a spot on this list.

“I learned Magic for 8 years…traveled to La La Land, learned how to work with Rockets…how to fly with Hawks, got stung by the Hornets, and through all of that it’s taught me how to be a Wizard”@DwightHoward with a tremendous quote 😂 pic.twitter.com/79t8Q2fYjV 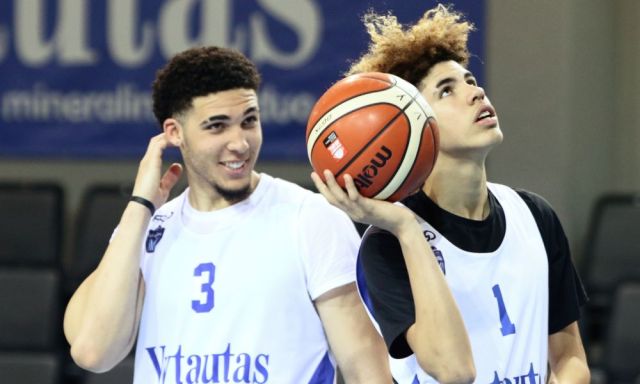 Need more Balls on this squad for sure. Need all the Balls. You may think Lonzo’s brothers may not be as talented as he is and don’t deserve a spot on an NBA roster, but I’ll have you know that they recently combined for 101 points on eighty-seven shots for the Los Angeles Ballers (LOL) in their father’s totally real, totally legit JBA league.

Another guy that has been retired for awhile, but I’m sure Agent Zero still has a few years left in the tank. We have to take into account California’s strict gun laws here. But as long as we can make sure Arenas comes to the arena without the strap, he’s guaranteed to deliver some great moments. I would suggest a full-time Snapchat show of him following Swaggy P around, for one.

Last but not least, we have to add Kobe into our meme team’s mix. You cannot tell me that Kobe is happy about LeBron joining the Lakers, no matter what he says. The people making mean jokes on the internet (that I would never consider retweeting) have to be killing him.

The greatest Laker of all-time and Kobe. pic.twitter.com/oWD1f2DZOQ

Rounding out this roster by giving it a true alpha like Kobe is exactly what we need. Watching him at age forty launch shots while LeBron looks on in terror would be absolutely delightful. RESPECT HIS FIVE.

That’s all I’ve got for now! Who did I miss on the official Meme Team? Let me know in the comments or on Twitter.

P.S. shoutout to Peter (@okpistol) for the idea for this article!